21st Sunday after Pentecost - Parable of the Debtor 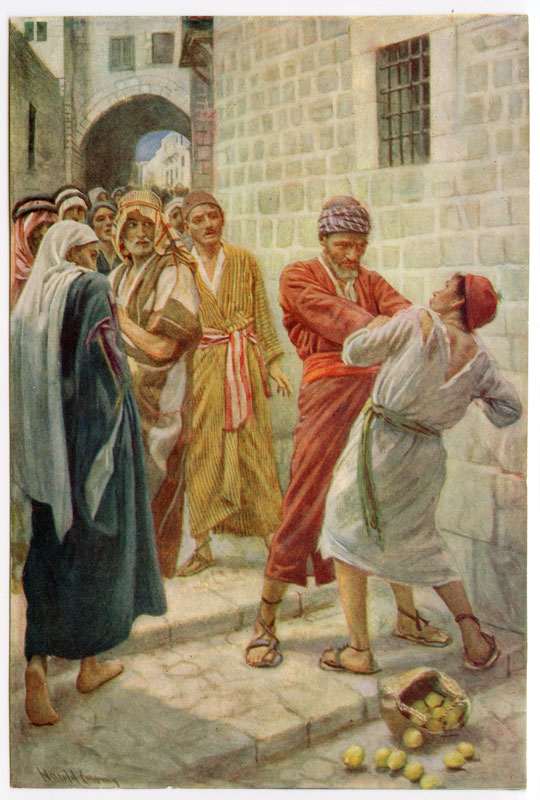 O Lord, we beseech Thee, keep Thy family by the effect of a continuous goodness, that under Thy protection they may be secure from all adversity and confess Thy name in good works. Through Jesus Christ Our Lord.

Reading from the Epistle of the blessed Paul, Apostle, to the Ephesians. Chap. 6

Fathers, be strong in the Lord and in His almighty power. Put on the armor of God, that you may be able to stand against the snares of the devil; for we do not have to fight against men of flesh and blood, but against the rulers and powers, against the rulers of this dark world, against the spirits of wickedness that are in the air. Therefore take the armor of God, that you may be able to stand in the evil day and be perfect in all things. Stand firm, therefore, with your loins girded in truth, clothed in the breastplate of righteousness, and your feet shod with the way of the gospel of peace, always having the shield of faith, on which you can quench all the fiery darts of the evil spirit; take also the helmet of salvation, and the spiritual sword which is the word of God.

Reflection on the Epistle

By his childlike docility, the righteous man walks in peace in the simplicity of the Gospel. Better than a shield, better than a helmet and a breastplate, faith covers him against dangers; it blunts the strokes of the passions, and renders impotent the wiles of the enemy. There is no need for subtle reasoning or prolonged considerations to discover the sophisms of hell or to make a decision one way or the other, is it not enough, in all circumstances, for the word of God which is never lacking? Satan fears whoever is content with it. He fears such a man more than all the academies and schools of philosophers; he is accustomed, in every encounter, to feel himself crushed under his feet with a greater rapidity than that of lightning. Thus, on the day of the great battle, he was hurled from the heavens by a single word from Michael the Archangel, who, as we have said, has become our model and defender in these days.

Lord, You have been our refuge from generation to generation. – Before the mountains were made or the earth and the universe formed, from all eternity you are God. Hallelujah, hallelujah.

The Holy Gospel according to St. Matthew. Chap. 18.

At that time, Jesus told his disciples this parable: The kingdom of heaven is like a king who wanted to give an account to his servants. And when he had begun to do so, one was brought to him who owed him ten thousand talents. And when he had not enough to pay, his master ordered him to be sold, with his wife and children and all that he had, to pay his debt. But this servant, throwing himself at his feet, begged him, saying, “Have patience with me, and I will repay you all.” So the master having pity on that servant, sent him away and forgave him his debt. But that servant, having gone out, found one of his companions who owed him a hundred denarii, and seizing him he choked him, saying, “Give back what you owe.” And his companion, throwing himself at his feet, begged him, saying, “Have patience with me, and I will pay you back everything.” But the other would not hear him, and going away, he put him in prison until he paid his debt. And when his servants, his companions, saw what was going on, they were greatly grieved, and came and told their master all that had happened. Then his master, calling him in, said to him, “You wicked servant, I forgave you all your debt, because you asked me to do so; should you not then also have had pity on your fellow servant, as I myself have had pity on you?” And the angry master delivered him to the executioners, until he had paid all his debt. So will my heavenly Father do for you, if you do not forgive each one of your brothers from the bottom of your hearts.

We are all, if we take it rightly, that negligent servant, an insolvent debtor, whom his master has the right to sell with all that he possesses and to deliver to the executioners. The debt contracted by our faults towards the sovereign Majesty is of such a nature that it requires, in all justice, endless torments, and supposes an eternal hell where, paying ceaselessly, man nevertheless never pays. Praise, then, and infinite gratitude to the divine Creditor! moved by the prayers of the unfortunate man who begs Him to give him time to pay, He goes further than his request and immediately forgives him his entire debt. But it is on the condition that the servant, as the rest of the story makes clear, and the clause is only just, uses it with his companions as his master had done with him. Having been so greatly heard by his Lord and King, and having been delivered of an infinite debt free of charge, could he reject, coming from an equal, this same prayer which saved him, and be ruthless about the obligations contracted towards him?

“Every man,” says St. Augustine, “has his brother as his debtor, for what man is there who has never been offended by anyone? But what man is there who does not owe God, since all have sinned? Man is therefore both debtor to God and creditor to his brother. That is why the just God has laid down this rule for you, that you should deal with your debtor as He does with His… Every day we pray, every day we make the same supplication to the divine ears, every day we prostrate ourselves to say: Forgive us our trespasses, as we ourselves forgive those who trespass against us. What debts are you talking about? All your debts, or just some? You will say, “All of them. Therefore, remit everything yourself to your debtor, since this is the rule laid down, the condition accepted.”

“It is greater,” says St. John Chrysostom, “to remit to our neighbor his wrongs against us than a debt of money; for, in remitting to him his sins, we imitate God.” And what, after all, is man’s wrong to man, compared with man’s offense to God? Yet, alas, this one is familiar to us, it fills our days. May the assurance of being forgiven each evening on the sole condition of disavowing our miseries, at least make us accessible to mercy for others. But if we feel the happy need to find at the end of our days, in the heart of the Father who is in heaven, only the forgetting of our faults and infinite tenderness, how can we pretend to keep at the same time in our own hearts unfortunate memories or grudges, small or great, against our brothers who are also His children? Even if we have been the object of unjust violence or atrocious insults on their part, will their faults against us ever equal our attacks against this most good God whose enemies we were born to be, whose death we have caused? There is no circumstance, therefore, in which the Apostle’s rule does not apply: Be merciful to one another, forgive one another as God has forgiven you in Christ; be imitators of God as His most beloved sons. You call God your Father, and you remember an insult! “This is not the work of a son of God,” says St. John Chrysostom admirably. “The work of a son of God is to forgive his enemies, to pray for those who crucify him, to shed his blood for those who hate him. This is worthy of a son of God; the enemies, the ungrateful, the thieves, the impudent, the traitors, to make them his brothers and co-heirs!”

story1231-The great lamp and an infinite number of small lamps.

Some people who would not admit religious truths at any price, believe the most absurd assertions with an unusual naivety.

story1229-Saint Louis and the miraculous host.

Faith of saint Louis in the words of Jesus Christ. 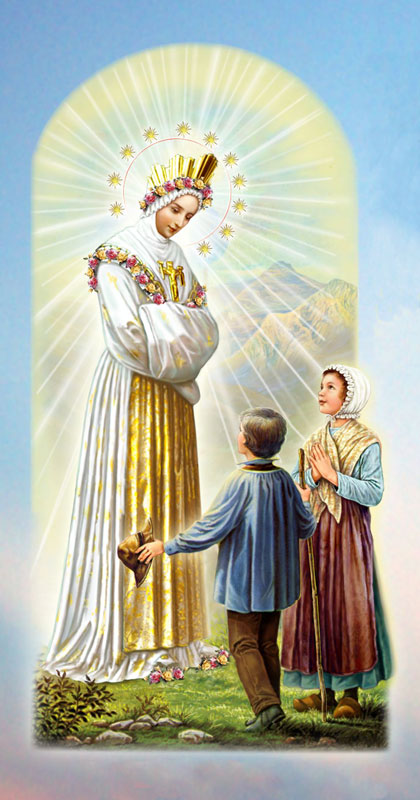