Hierarchy of the Order of the Mother of God.

The Order of the Mother of God exists and operates under its own hierarchy.
It is placed directly under the authority of the Vicar of Jesus Christ.

The Church of Jesus Christ pursues its mission under the leadership of Gregory XVIII,
designated by Gregory XVII as his successor, by the Will of God. 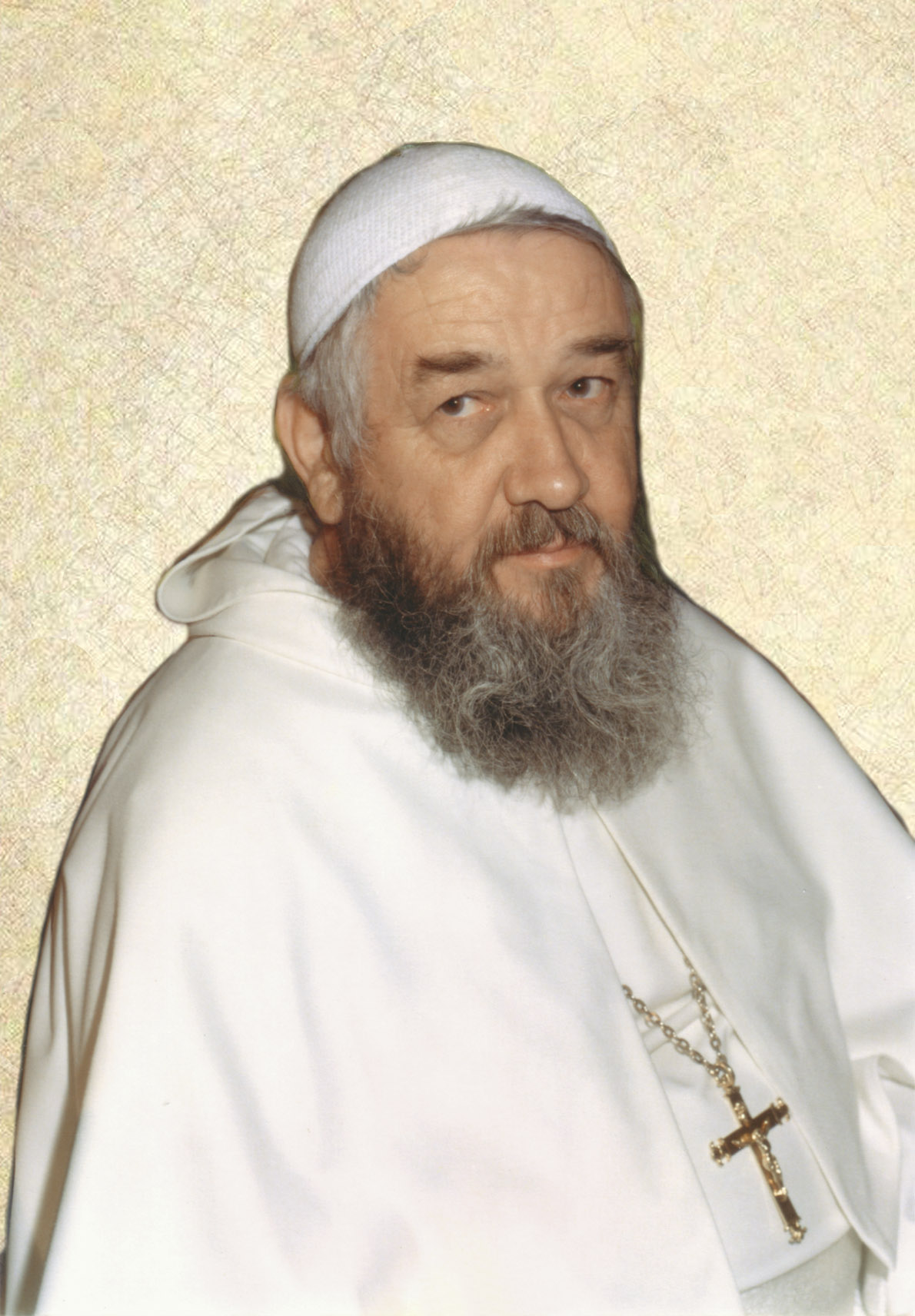 The choice of Gregory XVIII
was unanimously ratified
by the Cardinals
of the Renewed Church
and received with thanksgiving by all the faithful.

On September 29, 2012,
Feast of St. Michael the Archangel, the ceremony of Gregory XVIII's Pontifical Coronation took place at the Monastery of the Magnificat
of the Mother of God. 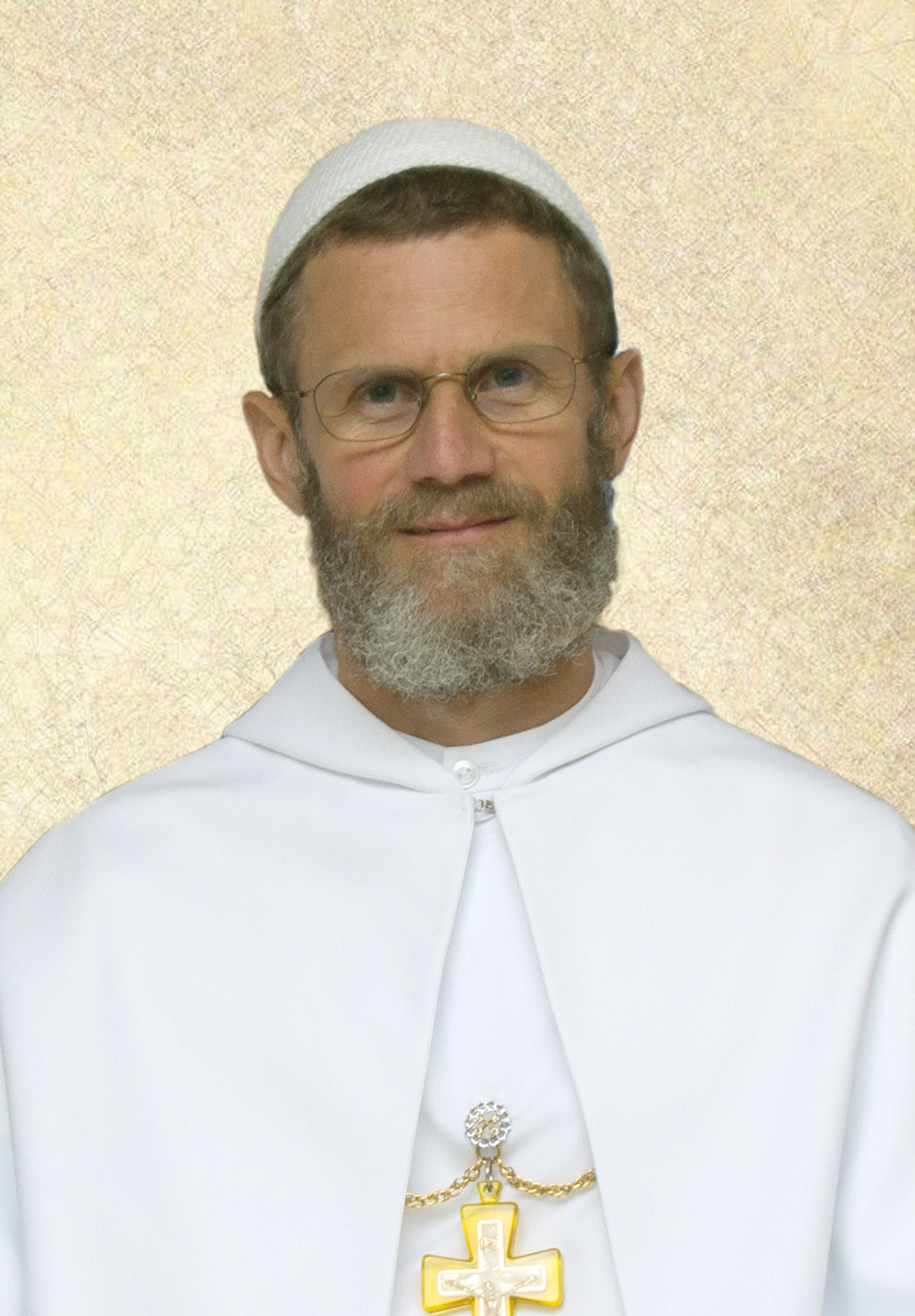 Father Mathurin
of the Mother of God

May God bless His humble Servant, the legitimate Successor of Saint Peter, following Clement XV and Gregory XVII of hallowed memory.  “Where Peter is, there is the Church.” (Saint Ambrose)

Let us briefly note the following: Clement XV, Gregory XVII and Gregory XVIII are three names indicated in “the prophecy of the popes of Saint Malachy” (1094-1148).  The prophecy “of the Monk of Padua” attaches a motto to each one of these names.  None of the popes elected by conclave in Rome after John XXIII chose a name inscribed in the famous prophecy of Saint Malachy although the mottos of the Monk of Padua are attributed to them.  Here are the mottos connected to the names of the legitimate Successors of Saint Peter:

Clement XV – Flos Florum – Behold the flower of flowers, behold the lily crowning the virtues of his homeland and the most holy acts predicted in the Lord.  Our most holy Father Clement XV.  You, Rome, his daughter, venerate this King of peace.

Gregory XVIII – De labore solis – Thanks to an excellent labor of the sun, the earth shall nourish the devoted flock of a most holy shepherd.  Our most holy Father Gregory XVIII, priest most admirable.

At the Apparition on July 13, 1917, Our Lady of Fatima confided Her great Secret to the little seers.  It was also on this day that She promised them:  “In October, I will tell you who I am and what I want, and I will make a miracle that everyone will be able to see in order to believe.”  This was the announcement of the great miracle of the sun.

This great miracle of the sun – operated by the Virgin Mary so that everyone may believe – is directly related to the 3rd Secret of Fatima and is the “plan of salvation” for the future of the Church and the world.

On October 13, 1917, for the first time in the history of humanity, the powers of the heavens appeared to be shaken. Reflecting on this spectacular miracle, author Raoul Auclair wrote, “It was merely a sign that appeared in the sky to inform men about the explosion of the prophecies...”

Flos florum, Pastor Angelicus, De labore solis...  Will humanity, saturated with suffering and anguish – and, for many, despair – soon see the end of its woes?  A conversion of the heart, a return to the Gospel and to the love of God is imperative.  May all the faithful who are suffering over the situation, whatever denomination they may belong to, pray, intensify their prayers and their sacrifices, so that the long-awaited triumph of the Immaculate Heart of Mary may come without delay!  Then everything will be restored to order “and a time of peace will be given to the world.”

The great miracle on October 13, 1917, this labor of the sun, gave rise in the spectators to wonderment at first, then fear and terror.  “My God, mercy!” cried all the people as they fell to their knees in the mud. That is what God was waiting for.  Suddenly the sun halted its dizzying course and returned to its place in a zigzag motion, just as it had come down.  Then, little by little, its normal brightness returned in a clear blue sky.  The crowd rose to its feet and chanted the Credo: I believe in God!

For more than 50 years, the Order of the Magnificat of the Mother of God has been witnessing God’s direct intervention for the salvation of His Church.  All the traditionalist and other movements, born out of the confusion of Rome, have been informed of this. They knew... they still know, but caught up in the compromises and their many contradictions, they do not want to see God’s action.

Perhaps a rallying to God’s plan – without understanding it – could break the current impasse in which they find themselves entangled. Since the advent of Paul VI, they have made the painful observation of an “apostasy of faith” in the Church of Rome. This general apostasy has been foretold by many prophets, in particular by the Blessed Virgin at La Salette: “Rome will lose the Faith and become the seat of the Antichrist”. It was precisely because of this apostasy that God intervened to rebuild His Church. If Rome has apostasized, the Roman authorities cannot be the successors of the Apostles, because Jesus Christ said, “And I say to you, that you are Peter, and on this rock I will build My Church, and the gates of hell shall not prevail against it.” (St. Matthew 16:18)

The true Church, assured of the promises of eternity, has left the Vatican and is living “in the desert” under the authority of the authentic, legitimate successor of Saint Peter.  It is better to obey God rather than men, (Acts 5:29) was the first Apostles’ answer to the synagogue.  The Apostles labored in the face of all opposition. Their faith, their unconditional submission, joined to their heroic testimony, gave birth to the Holy Church, founded by Christ the Saviour, crucified and resurrected.

It is now God’s turn to speak.  The Third Secret:  “It is about the Papacy.  It will be a subject of contradiction, debate and confusion in the Church until the moment God sets His hand to it.”  (Sister Lucy of Fatima to Father Durando)
‍

PONTIFICAL DECREE OF GREGORY XVIII
Available in French, English, Spanish, Italian and Dutch.
You are welcome to print and distribute it.
An urgent call from the Vicar of Jesus Christ in the difficult times we are going through. 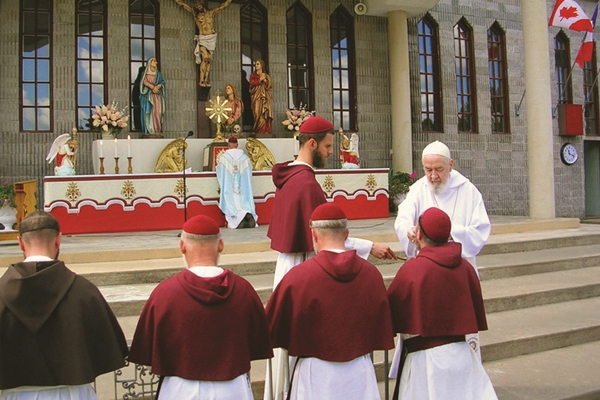 Distribution of
Holy Communion by
Father John Gregory
of the Trinity 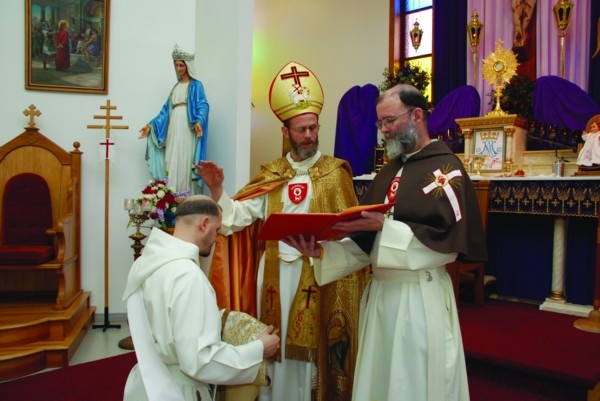 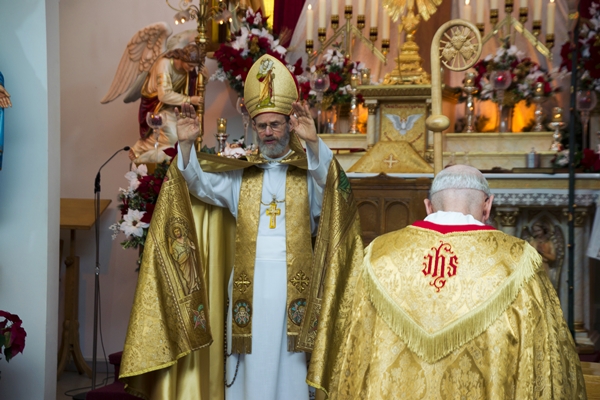 Episcopal consecration
by Father Mathurin
of the Mother of God 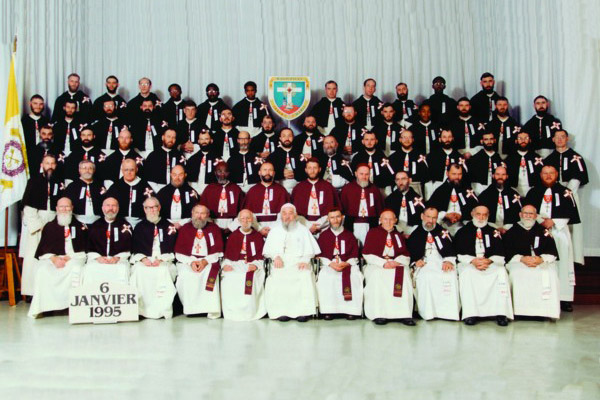 Group of Fathers and Brothers Apostles of Infinite Love 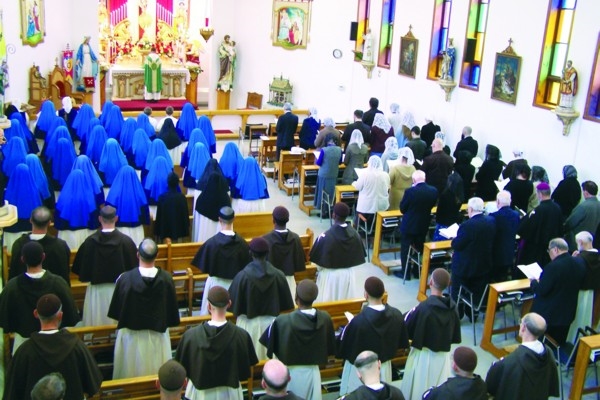 The Community gathered
in the Chapel of
Jesus Crucified 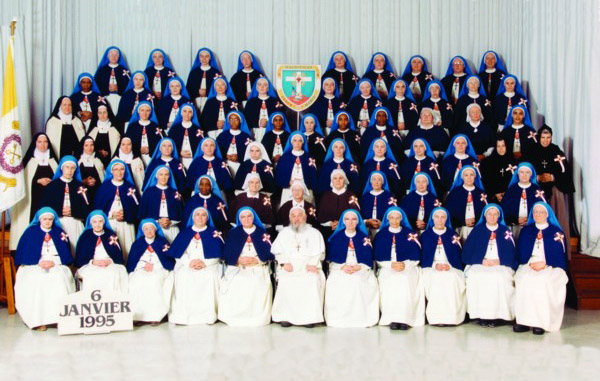 For more information, see our online shop
Suggested titles concerning the Papacy, the present situation of the Church, prophecies for our times,
the history of Gregory XVII and the Order of the Mother of God.